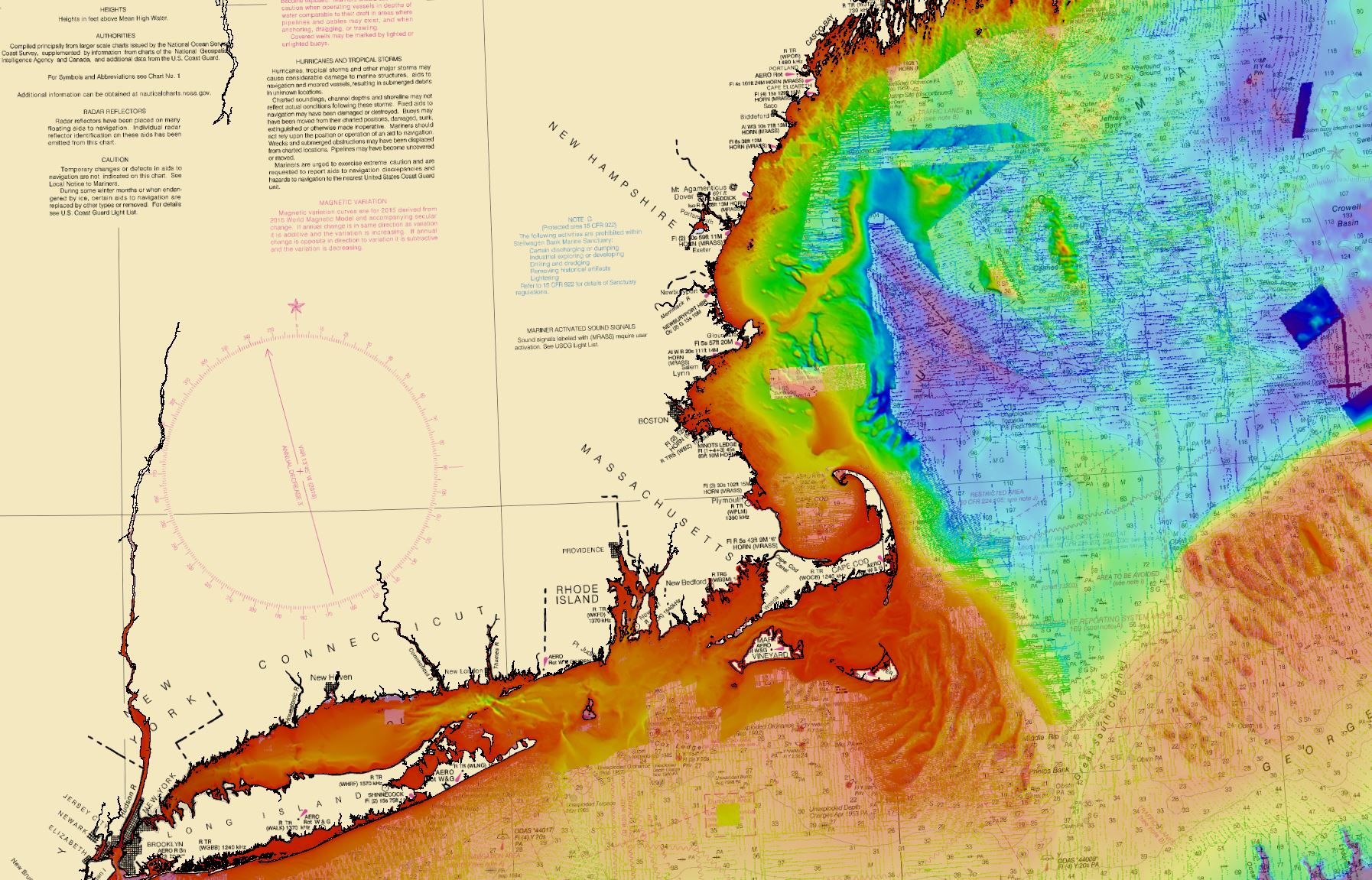 By Katrina Wyllie and Glen Rice

While there are other models of bathymetry for the United States, the NBS effort is unique because of the techniques used to combine the various sources into one nationwide model of the seafloor. These techniques are designed specifically to serve maritime navigation, but they are equally valuable to other oceanographic modelling and scientific endeavors. The primary factors considered in combining these sources are:

By combining surveys in this fashion, we ensure the best available data is represented in the model first, along with a factor that describes how good we think this measurement is (its uncertainty).

Evaluating these source metadata is crucial for improving our charts in remote areas like the Arctic because there may be areas for which we have no dedicated hydrographic survey. However, there may be data from mariners’ echo sounders that can help inform other mariners of the depths in that area. This “crowd sourcing” ability is enabled by the NBS’ uncertainty-based approach to combining data.

As new source data becomes available, we update the national bathymetry for that immediate region. Development of infrastructure to support both initial creation and continued maintenance phases of building the national bathymetry is underway.  Automated processes for gathering source data, transforming data to a common working datum, interpolating bathymetry where supporting hydrographic imagery exists, merging sources based on quality metrics, and finally extracting to user-specified area(s) of interest, datum, and resolution, all enable efficient inclusion of new source.

With the completion of the New York region, we are expanding the national bathymetry throughout New England first.  And with national coverage as the goal, regions will be completed to support Coast Survey’s chart rescheming and recompilation plan. The NBS project also supports node selection for the Coast Survey modeling team as well as Precision Navigation efforts in major ports like Los Angeles and Long Beach, California. Data distribution methods for internal and external customers are currently under development. Overall, the resulting bathymetry directly supports the transition from product to data-driven workflows by increasing quality, accessibility, and timeliness of source data.