As Hurricane Irma approaches Puerto Rico as a Category 5 storm, NOAA is positioning personnel and hydrographic survey assets to help speed the resumption of shipping post storm. In the wake of a hurricane, NOAA’s personnel and survey assets provide essential information when ports need to quickly but safely re-open, limiting significant economic losses caused by prolonged disruptions to the maritime transportation system. END_OF_DOCUMENT_TOKEN_TO_BE_REPLACED 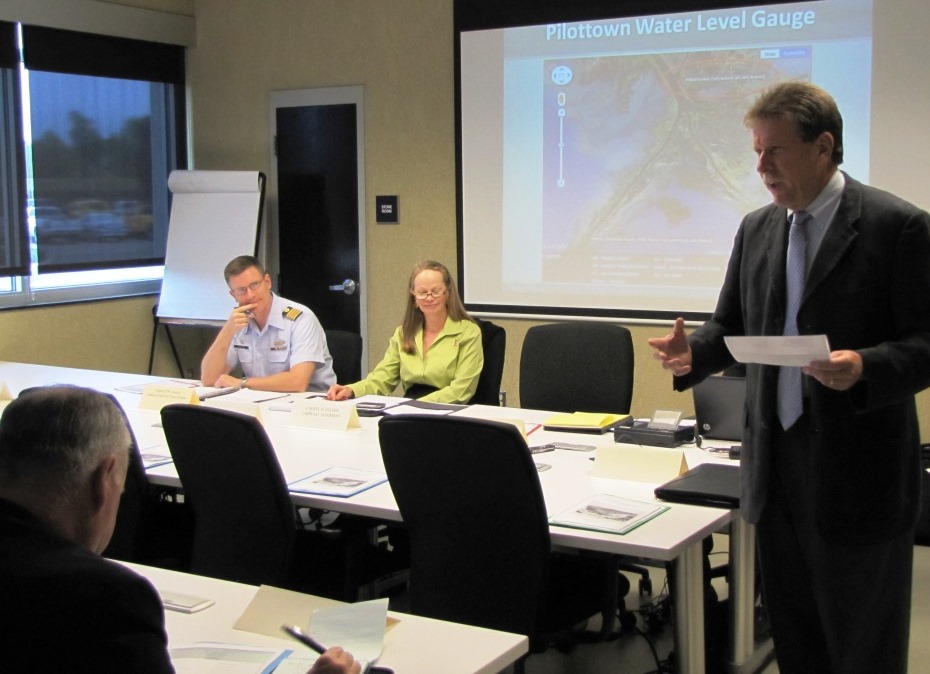 Why is Coast Survey involved? With our expertise in underwater detection, NOAA navigation response teams and survey ships are often the first ones in the water after a hurricane, looking to make sure that no hidden debris or shoaling poses a danger to navigation. The faster we can advise “all clear” to the Captain of the Port, the faster the U.S. Coast Guard can re-open sea lanes for the resumption of shipping or homeland security and defense operations. So our East Coast and Gulf Coast navigation managers – who are NOAA’s “ambassadors” to the maritime public – engage with response partners during hurricane exercises. Their reports of NOAA survey capabilities and assets are an important factor in testing federal response options. END_OF_DOCUMENT_TOKEN_TO_BE_REPLACED

Hurricane Danny is churning in the Atlantic. NOAA hurricane models are churning through data, and two NOAA sensor-packed Hurricane Hunters — a Lockheed WP-3D Orion and a Gulfstream IV — are in Barbados, flying into the storm to collect storm data. Over the next few days, scientists on the ground and in the air will help us determine where Danny will go, and how big the hurricane will get.

In the meantime, NOAA Office of Coast Survey is tracking the NOAA forecasts and making initial preparations for deployment of hydrographic survey equipment to Puerto Rico or the U.S. Virgin Islands, if needed.

END_OF_DOCUMENT_TOKEN_TO_BE_REPLACED

We hear about the infrastructure investments that often follow major disasters like hurricanes ‒ the “hard” port resilience strategies necessary in the wake of catastrophic human, environmental, and economic loss. But the sturdiest, most flood-proof building is just one part of a larger system of assets in coastal resilience. We don’t hear much about the “soft” resilience strategies ‒ those that build and maintain ties among the people responsible for responding to a hurricane, for instance ‒ that are important to a successful response. Those strategies are part of the social capital between communities and government, and among government agencies.

END_OF_DOCUMENT_TOKEN_TO_BE_REPLACED

As NOAA’s National Weather Service adjusts the track of Tropical Storm Isaac, so Coast Survey adjusts pre-response planning and deployment. (BTW, the New Orleans/Baton Rouge NWS Tropical Weather Briefing is a great resource for maritime observations, as is nowCOAST.) Based on updates in the hurricane models, and after multiple briefings with Coast Guard officials, Coast Survey is moving to pre-position two of the navigation response teams closer to the expected impact areas. (See response asset graphic, below.)

Major ports along in Alabama, Mississippi, and Louisiana will likely be closed later today, if they aren’t already. With over $153 billion in ocean-going trade through New Orleans annually, and another $31 billion a year in and out of Mobile, it is essential to get shipping channels cleared for the resumption of traffic as soon as possible after a storm. Just as important, the Gulf produces 23 percent of total U.S. crude oil production and 7 percent of natural gas production, according to the U.S. Energy Information Administration.  The resumption of operations at ports serving the energy industry is essential to keeping supplies flowing.