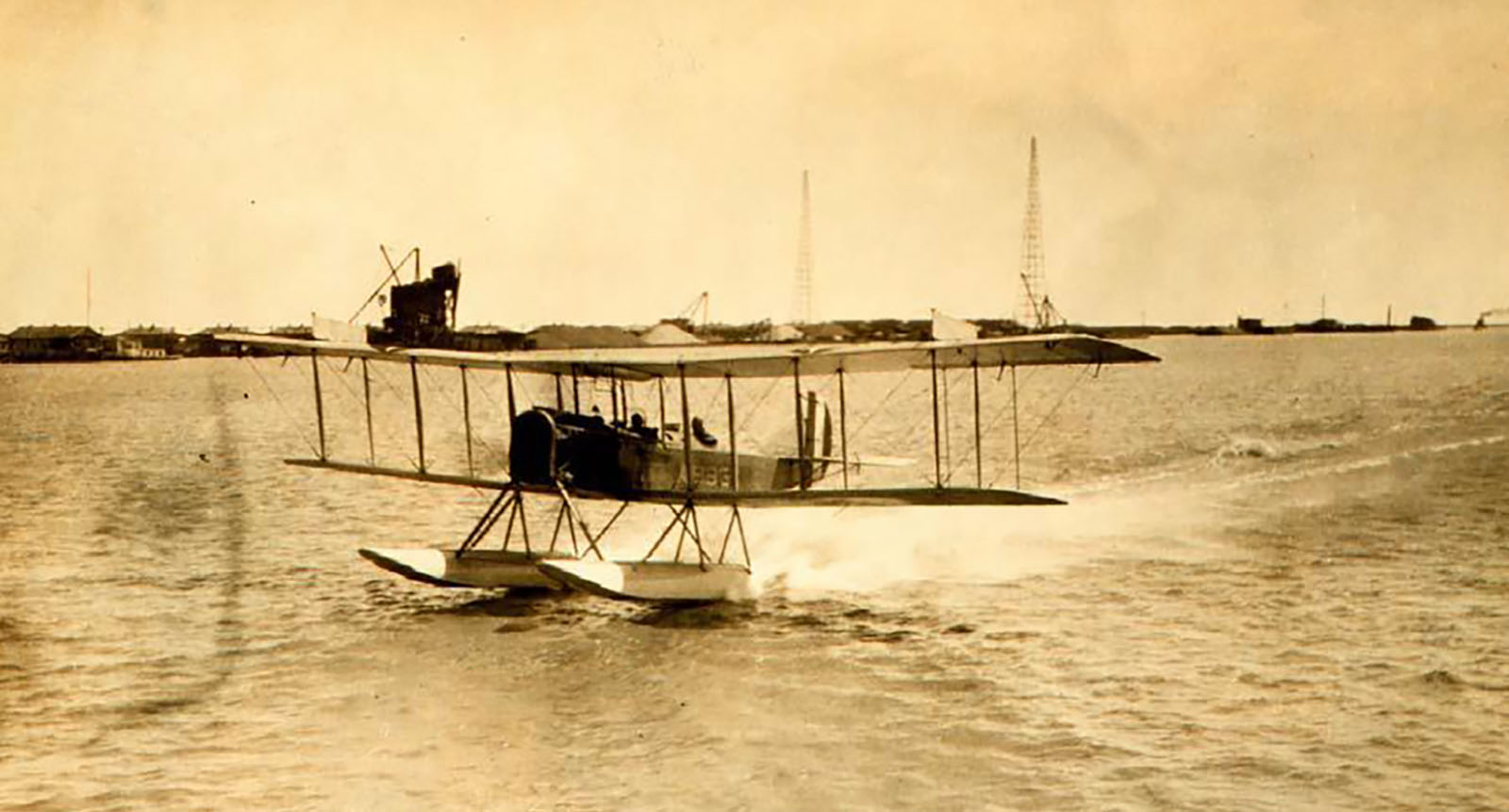 A year after Coast and Geodetic Survey (C&GS) Director Ernest Lester Jones returned from World War I, he took the Survey’s mission to the sky. From his time in war, Jones understood the advantages that airplane photography had for locating military features of the enemy. In his 1919 annual report to Commerce Secretary William C. Redfield, he noted, “The same principle employed in the military work can be used in surveying and mapping.” The following months would produce a series of tests and research in cooperation with the Air Services of the Army and Navy.

It wasn’t without obstacles that Jones and his team fathered a new method of surveying, “We shall still need triangulation and traverse to give the fundamental control for the work, and much plane table work will have to be done to locate topographical features which may be used in the control of the position of the airplane photographs.” C&GS concluded the most promising use of this new method would be over changing features, e.g. shorelines.

The first trial project was the shore of Atlantic City, New Jersey, in June and July of 1919. The Air Service of the Army assisted with the preparation of the planes, pilots, and photographic equipment. While C&GS was to locate the control and analyze the results. In order to ensure adequate results and coverage of the entire project, a trailer containing a darkroom with an enlarger was brought into the project site. All in all, the results from Atlantic City were very successful. More surveys of this nature on the Atlantic and Gulf coasts were to be useful as a revision type, using photographs of present details to bring original surveys up to date. Another project in July of 1919, in cooperation with the Air Service of the Navy, would prove unsuitable for determining the location of rocks and shoals in the Florida Reefs.

Aerial surveying has persistently advanced in the last century, adding technology such as: Global Positioning Systems (GPS), Light Detection and Ranging (lidar), and high-resolution photography allowing photos to be taken in black-and-white or near-infrared. Since 2008, digital imagery has been the primary source for aerial photographs as NOAA continues its mission to survey the nation’s nearly 95,000 miles of shoreline. Combining the modern day information derived from aerial technology, such as high-resolution photographs and lidar, with hydrographic data obtained by survey ships, NOAA can provide the most advanced and accurate nautical charts.

The accurate data produced by aerial surveying and mapping not only supports nautical charting, but also provides a slew of benefits for commerce, environmental sustainability and emergency response. With technology constantly developing, new forms of aeronautical surveying are emerging – such as the use of drones to map shorelines. Still, 100 years after the origin of aerial surveying and mapping by Jones and his team, the spirit of advancing technology to better the Survey’s mission remains.