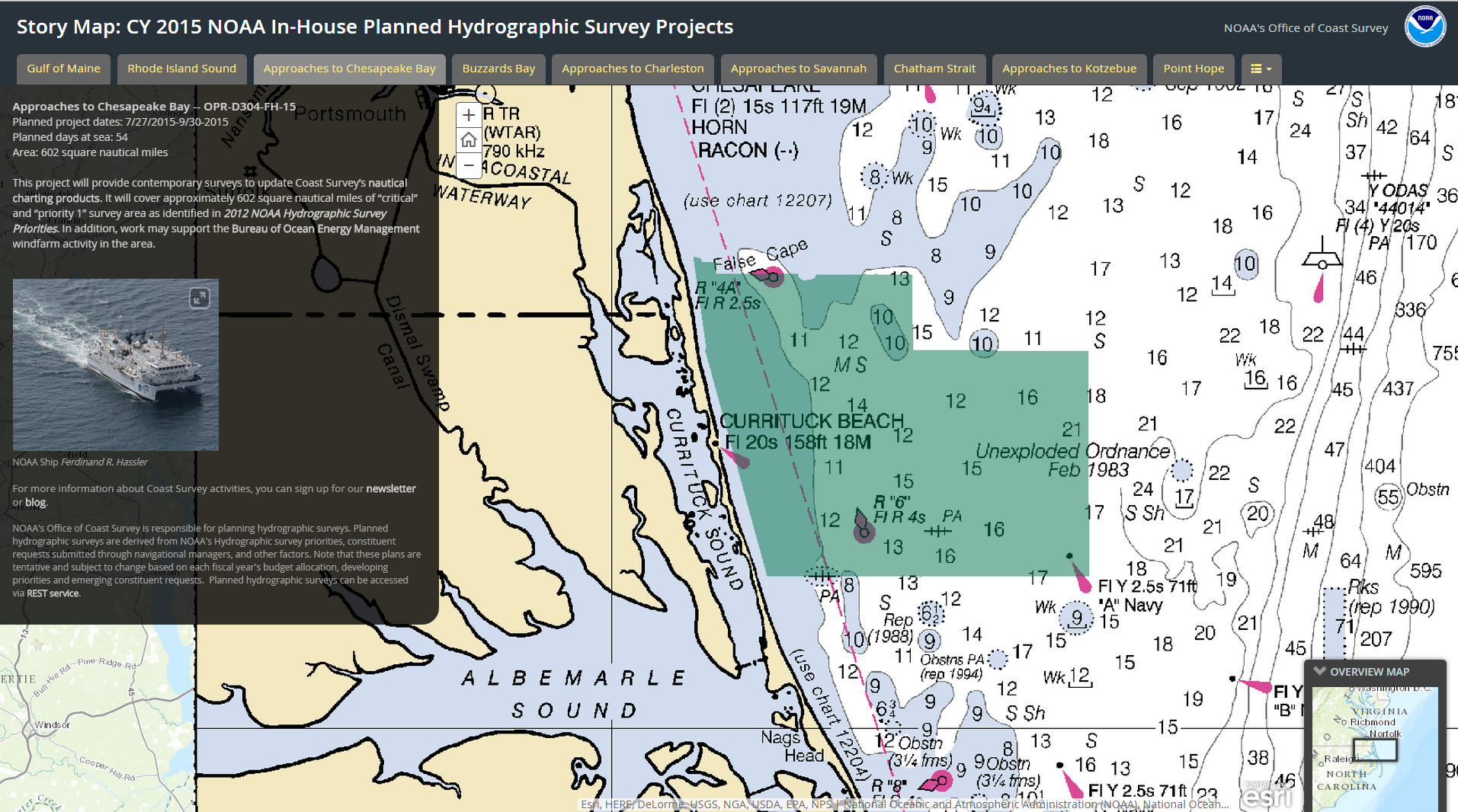 We are also planning several projects for our contractual private sector survey partners, and those projects will be announced after work orders are finalized.

1. Gulf of Maine, where chart soundings in heavily trafficked and fished areas are decades old and need updating for navigational safety

5. Approaches to Charleston (South Carolina), where updated soundings will provide the correct under-keel clearance information for the expected transit of larger and deeper-draft ships

6. Approaches to Savannah (Georgia), where the Savannah Harbor Expansion Project will increase the authorized depth of the harbor from 42 to 47 feet and updated soundings will provide the correct under-keel clearance information for the expected transit of larger and deeper-draft ships

7. Chatham Strait (Alaska), where charts need to be updated for cruise liners, ferries, Coast Guard cutters, Navy vessels, tugs, and barges that use this waterway on a regular basis or when avoiding storms in the Gulf of Alaska

8. Approaches to Kotzebue (Alaska), where deep-draft vessels have their cargo lightered to shore by shallow draft barges

9. Point Hope (Alaska), where shipping traffic is increasing due to receding ice but charted soundings are sparse and date back to the 1960s

10. West Prince of Wales Island (Alaska), where updated charts are needed by smaller vessels that use Televak Narrows as an alternate passage during foul weather