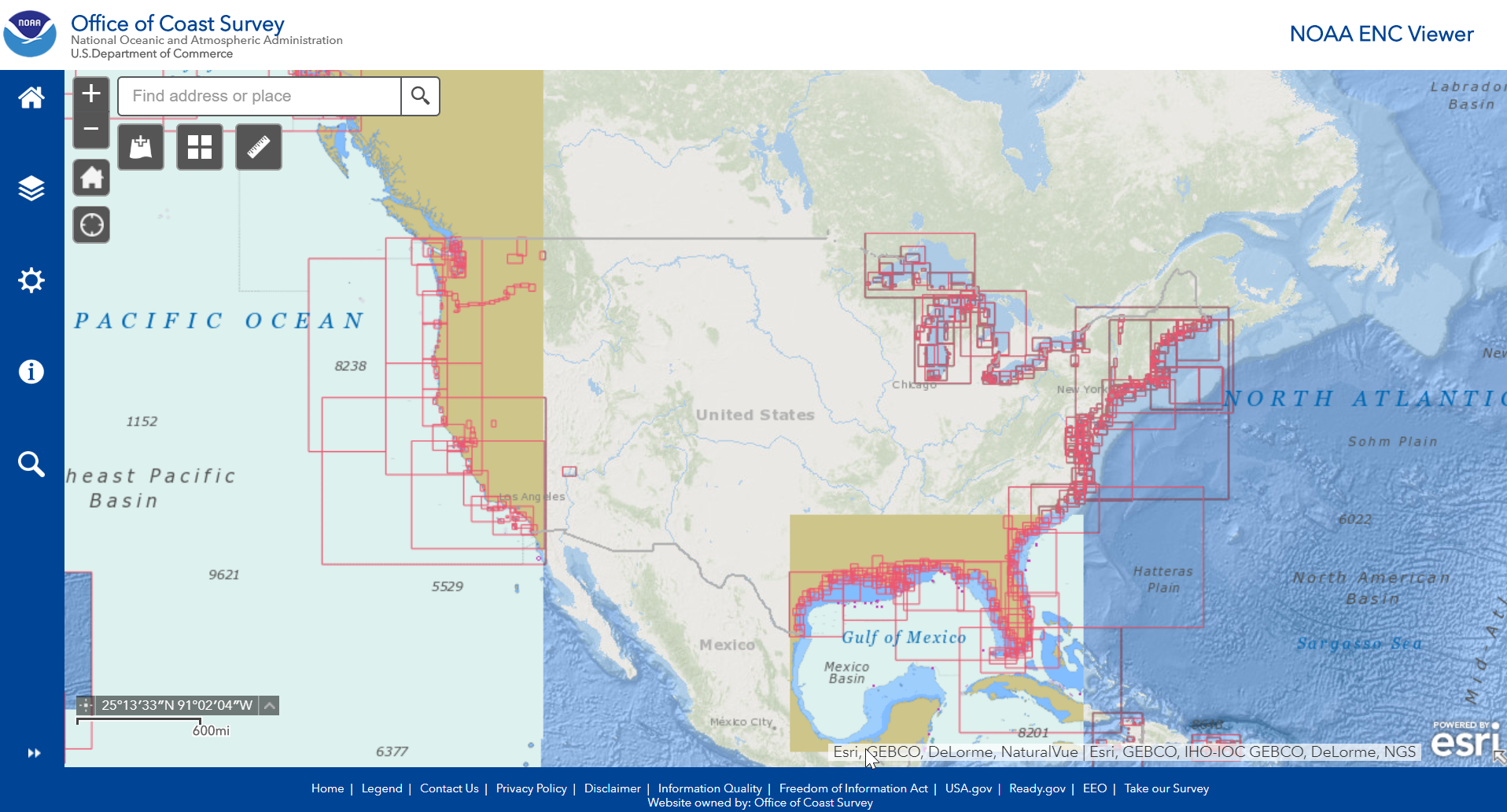 In 2013, Coast Survey originally released NOAA ENC Online, a continuous viewer for NOAA’s electronic navigational charts (NOAA ENC®). This gave users the ability to click on the web map and zoom to selected features or locations, to see the information contained in more than a thousand electronic charts of NOAA-charted waters. As the user zoomed in and out, ENC features became visible or invisible allowing for a seamless look at up-to-date chart data.

The new NOAA ENC viewer utilizes the NOAA ENC Online REST service, part of Esri’s ArcGIS for Maritime, which allows users to not only interact with the ENC data in this viewer, but also use the REST end point in their own web viewers and applications. Overall, the functionality of the viewer has not changed but one thing to note is the REST service URL for the ENC service has changed. Users that have the service URL built into their applications or web maps will need to change it to the new URL listed below.

Below is a list of features of the NOAA ENC viewer:

In addition to the new ENC viewer, Coast Survey is also unveiling an updated version of the RNC viewer. This viewer provides a seamless look at NOAA raster navigational chart products and information that is traditionally located on a paper chart product. Ultimately, this allows mariners to take their traditional chart products with them anywhere they have an internet connection, including on their mobile devices!

The RNC viewer utilizes the NOAA RNC tile service which provides standardized nautical chart tilesets for the public, eliminating the need for application developers to regularly undergo the cumbersome process of transforming NOAA BSB files into tilesets. It provides geo-referenced charts compatible with the Web Map Tile Specifications (WMTS) and Tile Map Service Specification (TMS). All tilesets are published on a weekly basis.

NOAA ENC and RNC viewers are not certified for navigation. They do NOT fulfill chart carriage requirements for regulated commercial vessels under Titles 33 and 46 of the Code of Federal Regulations.