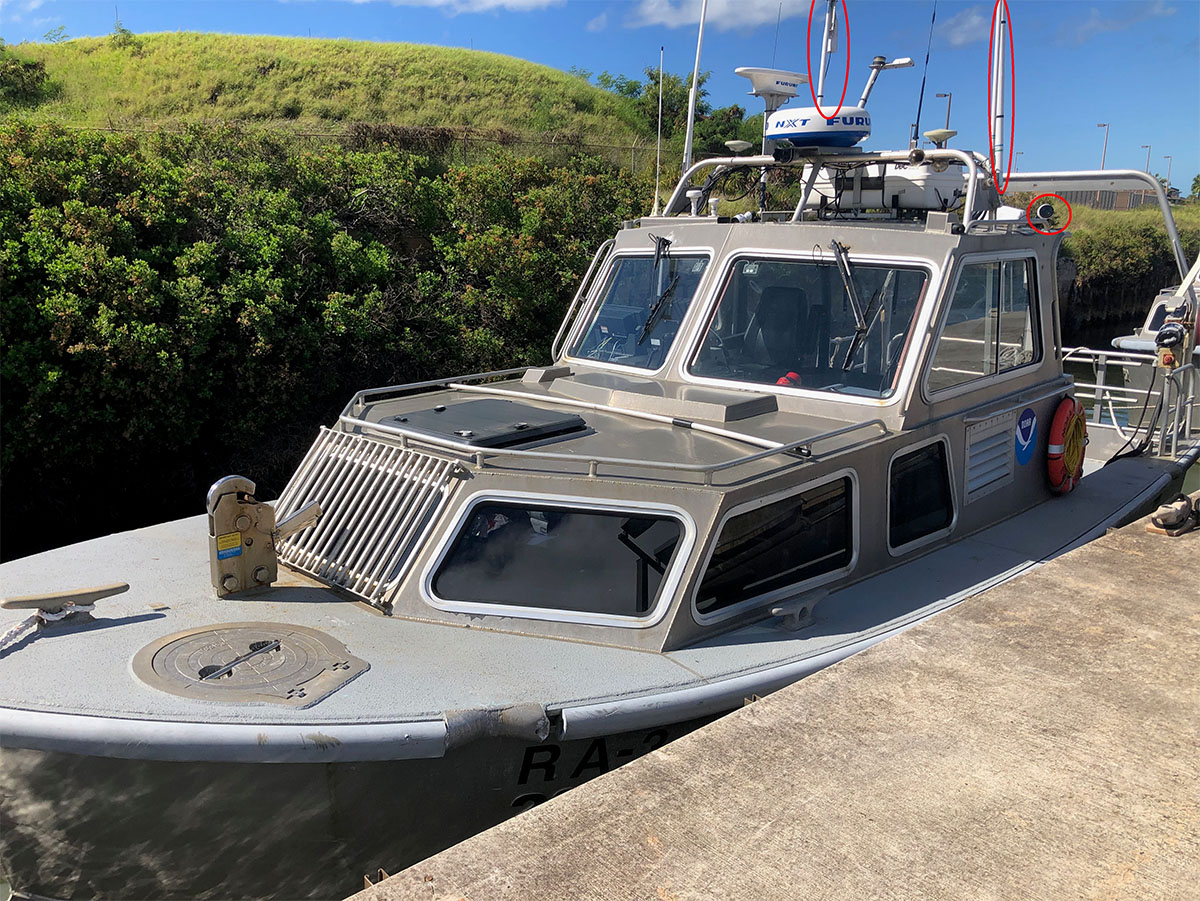 On the outside of the vessel, not much has changed. Cameras were installed around the vessel to provide a field of view for the remote operator.  Antennas for new data radios were also added for telemetry between the launch and the ship or shore, up to six nautical miles away.

The interior of the launch is not obviously changed either.  However, behind the scenes are several new modules such as an autopilot, the data radio, and additional computers capable of navigating the launch on a route planned by the remote operator.

Communication between the operator and the autonomous survey launch (ASL) occurs via radio waves, similar in frequency to Wi-Fi. Information packets with instructions for the autonomous system are sent from a ship or launch-based operator.  Video from the launch cameras, position, speed, and system status data are sent back to the operator.  In addition, the launches multibeam echo sounder and other survey systems can be operated via a remote desktop connection.

The ASL is controlled in a variety of different ways.   An interface on a computer is used to operate the launch manually, just as a coxswain would. Alternatively, the launch can be controlled via a handheld remote controller (very similar to popular gaming controllers). We envision that these remote-control modes will be used when navigating the launch visually near the ship or piers.  For hydrographic surveying, the launch follows an assigned line plan created by the operator from the remote laptop. While operating in the autonomous mode, the launch is continuously monitored by a trained operator.

This project is a critical step in the future of hydrographic surveying.  In the near term, unmanned systems will increase survey efficiency by autonomously surveying open areas freeing our trained personnel to work in more complicated areas where direct human control is essential.  In the long term, we anticipate that  100% of our data acquisition may be performed with fully autonomous systems. That goal is years, perhaps decades, from being realized. Implementing and testing systems like this in the field can accelerate that process by identifying potential problems early on. It’s an ongoing experiment and we’re excited to be a part of it!