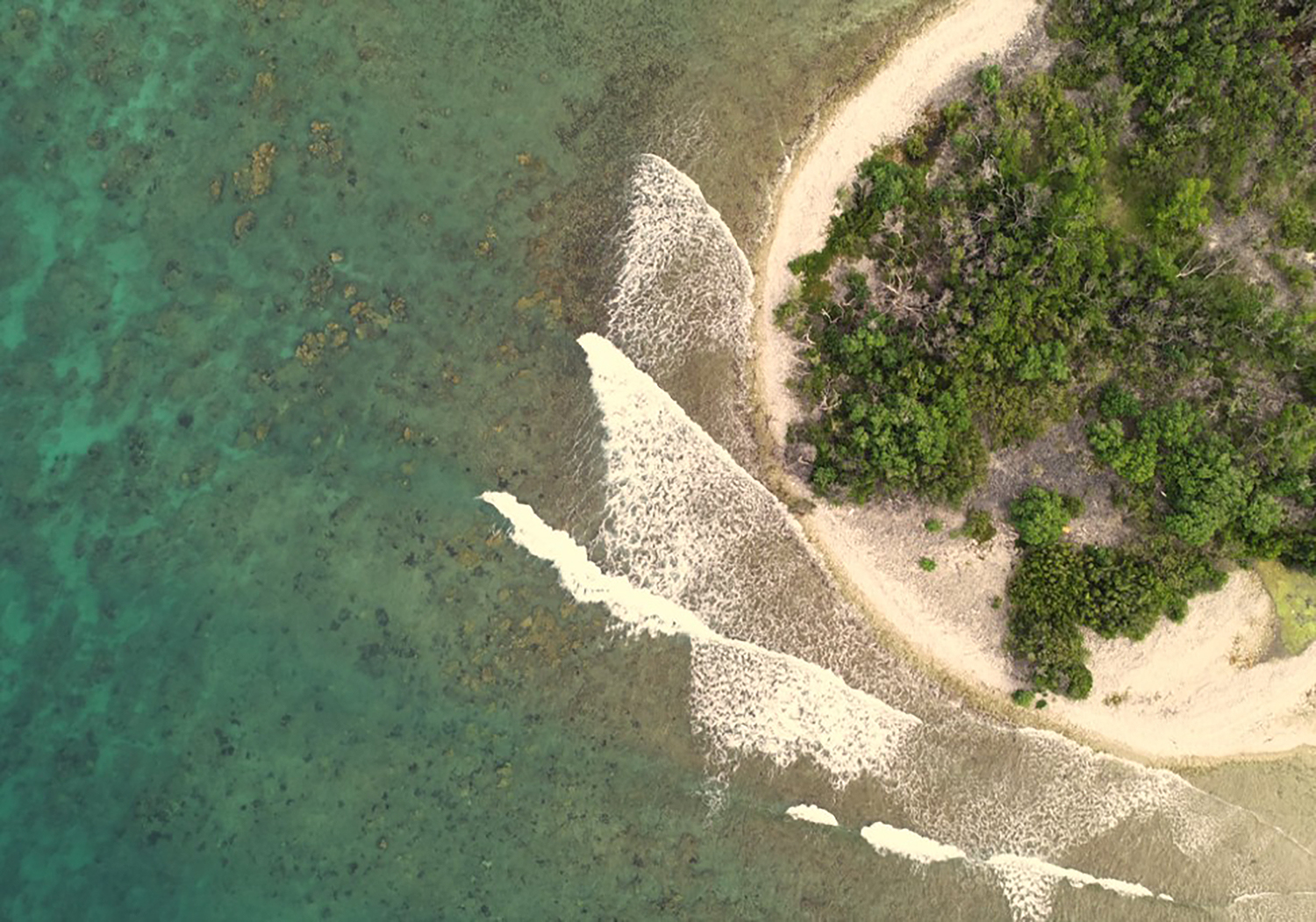 
While structure from motion data processing is just math, collection of useful imagery data is an art. Environmental factors in nature must be considered when collecting data. Proper lighting and avoiding glare are important factors, just as in photography. Additionally, wind can make the water surface visually impenetrable, and high wind speeds can ground operations. Adjusting for these factors made the project a learning experience and provided a feasibility test.
The drone and positioning techniques
The team used a DJI Phantom 4 quadcopter-style aerial drone for testing. The camera mounted on the Phantom 4 was motion-stabilized and captured ultra high definition video. Additionally, an integrated Global Navigation Satellite System (GNSS) receiver was used to achieve positioning, and embedded the position of the drone into each image captured by the camera.

Raw GNSS data were not recorded on this particular platform, so post-processed position solutions were not available. However, horizontal and vertical accuracies of test datasets were within one to two meters of physical locations. In the future, various field techniques and higher quality positioning may improve position accuracy.
Test results
Over 6000 images (about 43 gigabytes of imagery data!) were collected from 29 flights at five unique test areas within the project area. The test areas provided a significant sample of unique feature types including rocks, islets, shipwrecks, reefs, mangroves, and man-made structures, all of which are represented in the data set.
The tests were highly successful and all aerial drone operations were performed safely without any significant technical issues. The tests were also successful from a logistics and planning perspective as neither NGS nor Coast Survey had previously flown DJI airframes from NOAA ships or launches, and no clear procedure existed for obtaining all required clearances.  This project produced a planning workflow to allow similar missions to occur.
The future of aerial drone operations from NOAA vessels
The use of aerial drones to collect structure from motion data is an important new tool in NOAA’s hydrographic data collection toolbox. The concept of operations demonstrated in this project can greatly improve field data collection and safety. The tool has limits of course and must be matched to the job. These systems are not the only platforms for littoral zone data collection and will not replace manned aircraft anytime soon. Environmental conditions impact mission planning, execution, and data quality. However, the utility of drones for survey operations was demonstrated despite these considerations.
Aerial drones will be an important asset for NOAA operations. They will be particularly useful for navigation response teams to rapidly and safely acquire data used for critical decision making. Drones equipped with an infrared/thermal imagery could also greatly aid in search and rescue for man overboard scenarios. The possibilities are far reaching and exciting!
Adoption of aerial drones for NOAA hydrographic projects is not far off.  Although drone operations are not fully integrated into regular NOAA operations, NOAA hydrographic platforms may deploy unmanned systems for shoreline work as early as next field season.  HSTB and RSD’s operational tests on NOAA Ship Thomas Jefferson demonstrated progress toward developing a workflow ensuring safe operations, compliant with all applicable regulations. These capabilities and benefits must now be demonstrated to the wider hydrographic community, and Coast Survey looks forward to facilitating this process in the near future.
Any mention of a commercial product is for informational purposes and does not constitute an endorsement by the U.S. Government or any of its employees or contractors.